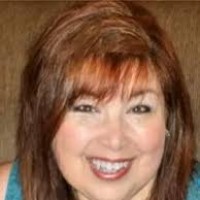 Raised as a Cincinnati Kid, Sandie Bricker spent her formative years dreaming about the movies and television shows she would someday write. It came as no surprise to anyone when she packed up her Ford Fiesta and migrated to Los Angeles to study screenwriting. While searching for a way to earn a living and pay her tuition, Sandie stumbled into her own business working as a personal assistant and publicist to some of daytime television's hottest stars. When her mother became ill on the other side of the country, however, Sandie put soap opera clients, film dreams--and Los Angeles--in her rear view mirror to take on a new role: Caregiver.

At her mother's urging, she then channeled her writing dreams from the screen to the page, and a reader favorite was born! "Twenty-seven books later," she said, "I'd say God had another plan for me. The opportunity that comes with combining my Christian faith with publishing platforms is a blessing I never expected and wouldn't trade for anything!"

Sandie Bricker passed away in 2016, but her legacy lives on through her books. She touched many hearts during her time here; she is missed