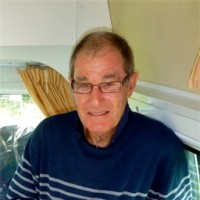 John Little spent 25 years working as a reporter and producer in television current affairs, before becoming a full-time writer. His other non-fiction books are: Inside 60 Minutes, The Man Who Saw Too Much, Down to the Sea, Christine's Ark, Maalika, The Hospital by the River, Catherine's Gift and Jem. He has also written a political thriller, Letters from the President. He lives with his wife, Anna, in Avalon Beach, NSW.