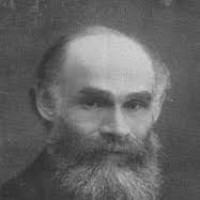 David Baron (1855-1926) was born in Russia and raised in a Jewish family. Following his conversion to Christianity, he co-founded The Hebrew Testimony to Israel of London, England. He also wrote numerous books, including The Shepherd of Israel and His Scattered Flock,/i>, The Servant of Jehovah, The Ancient Scriptures and the Modern Jew, and The Visions and Prophecies of Zechariah.