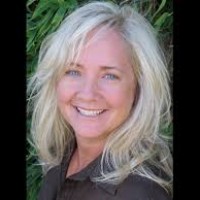 Christy Wimber has been part of the Vineyard Movement since it began. She is an author, speaker, and television host. For twenty-two years Christy has traveled around the world, teaching on the kingdom of God. She has appeared on 700 Club Interactive,/i> and the Spiritual Gifts webcast. She and Sean have been married more than twenty years and have two children. They live in Yorba Linda, California.