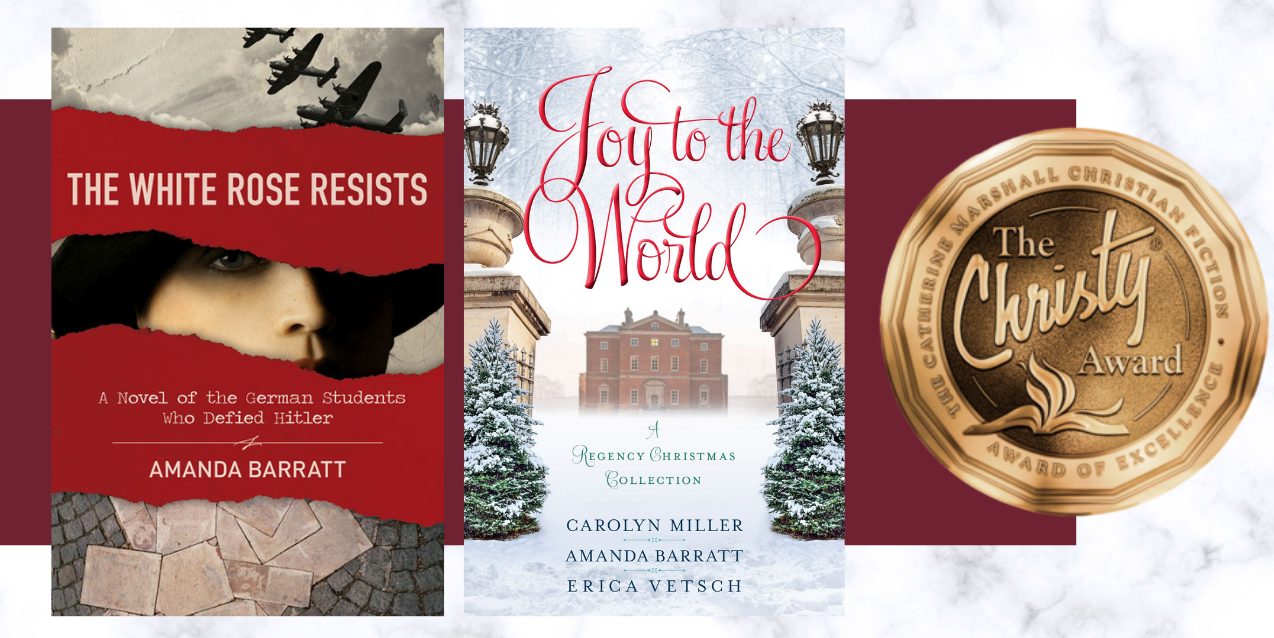 GRAND RAPIDS, MI -- Kregel Publications is pleased to announce that two titles have been named winners of The Christy Award. The Evangelical Christian Publishers Association (ECPA) announced the winners during an online celebratory gala on October 28, 2021.

"Far as the Curse is Found" by Amanda Barratt received The Christy Award in the Short Form category. This heartfelt Christmas novella takes place during England's Regency era and is a part of the Joy to the World collection. This collection also features works from Erica Vetsch and Carolyn Miller.

The White Rose Resists: A Novel of the German Students Who Defied Hitler by Amanda Barratt received The Christy Award in the historical fiction category. This novel follows the harrowing journey of Sophie Scholl and the group of students who resisted the Nazi regime.

"During some of history's darkest days, [members of the White Rose] refused to stand as silent witnesses to evil, choosing as their resistance one of the most powerful weapons there is--the written word," says Amanda Barratt. "For their resistance, they paid with their lives. In a letter to his family before his execution, Willi Graf asked that they keep a good memory of him. I wrote The White Rose Resists in their memory, they who lived with such courage and gave their lives for convictions greater than themselves. To have this story, their story, honored in this way is truly meaningful and humbling."

The Christy Award is the foremost award honoring and promoting excellence in Christian fiction since 1999, and is named for Catherine Marshall's novel, "Christy," which has sold over 10 million copies since its publication in 1967. ECPA assumed ownership and administration of the award in 2017 to focus and grow the unique opportunity of fiction in Christian publishing.

Kregel Publications in an evangelical Christian publisher that aims to develop and distribute--with integrity and excellence--trusted, biblically based resources that lead individuals to know and serve Jesus Christ.