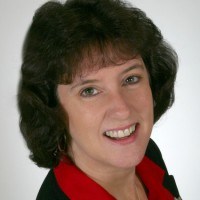 Virginia Smith is a writer of humorous novels, a speaker, a snow skier, a motorcycle enthusiast, and an avid scuba diver. Since leaving her twenty-year profession as a corporate director, she has written numerous books, including her debut, Just As I Am (Kregel Publications, March 2006) and Stuck in the Middle (Revell, February 2008). An energetic speaker, she loves to exemplify God's truth by comparing real-life situations to well-known works of fiction, such as her popular talk, "Biblical Truth in Star Trek."