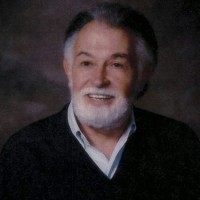 Robert L. Wise is an archbishop in the Communion of Evangelical Episcopal Churches and director of the Office of Ecumenical Relations. He has been awarded the title of Apostolic Representative for Christian Unity by Pope Francis. In addition to his work in ecumenism, Wise is the author of thirty-four books and many articles published in several languages. Wise also publishes under the pseudonyms Spencer E. Moses and Ed Moses.