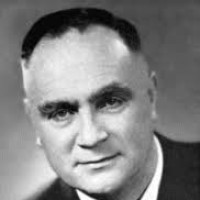 Kurt E. Koch (1913-1987) received his Doctor of Theology degree from Tubingen University and was a noted German theologian, minister, and evangelist. He pastored and counseled those suffering from the occult in its various forms throughout the world, covering sixty-five countries and five continents. His other books include Christian Counseling and Occultism; Demonology, Past and Present; The Lure of the Occult; and Occult Bondage and Deliverance.