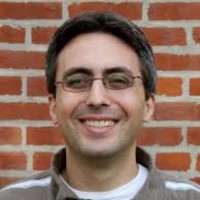 You might say that I have a few writing interests.


Chief among them is science fiction. That passion took root in childhood when my dad introduced me to the sci-fi of television and film: Star Trek and Star Wars. In adolescence, my mother (who had no interest in science fiction at all) began taking us regularly to the library, and it was there that I would discover, on my own, the fathomless domain of science fiction literature. Among my earliest reads were Isaac Asimov’s Foundation series, Ray Bradbury’s The Martian Chronicles, Robert Heinlein’s Starship Troopers, and Heinlein’s Tunnel in the Sky. I like speculative fiction of all types, but I have a soft spot for well-paced space opera. It took me a while to find my own sci-fi voice, but I’m glad I did.


I also write a fair amount of nonfiction. I’ve dabbled in blogging going back to the pre-social media days of Xanga, and I still ruminate right here. I’m the Editor-in-Chief of the Aldi review blog Aldi Reviewer, which deals with Aldi product reviews, news, and features. Formerly, I was a writer and onetime senior editor for Nintendojo, a site devoted to Nintendo news, reviews, and editorials. (I still regret turning down that all-expenses-paid trip to fly out to California to demo Guitar Hero.) And I’ve been known to be an occasional guest columnist for the parenting blog Mumbling Mommmy.


By day, I teach American history and American government.


I am married to Rachael, a longtime editor and proofreader. We have two daughters.