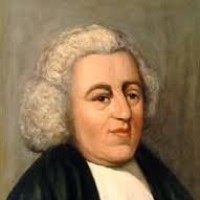 John Newton (1725-1807) was born in London and at age eleven went to sea with his father, a shipmaster on the Mediterranean. Disregarding his mother's prayer that he enter the ministry, he engaged in the lucrative but brutal African slave trade for a number of years. After his conversion he served in the Church of England as pastor of Olney parish and later of the combined church of St. Mary's in London. In addition to the words of "Amazing Grace," Newton was a prolific songwriter whose other well-known hymns include "Glorious Things of Thee Are Spoken" and "How Sweet the Name of Jesus Sounds."