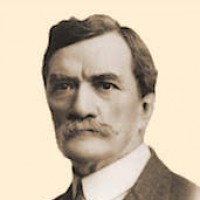 James Moffatt (1870-1944) Born and educated in Glasgow, Scotland, Moffatt spent the early years of his career as a pastor in the Free Church of Scotland. In 1911 he became Professor of Greek and New Testament Exegesis at Mansfield College, Oxford, and subsequently served at the United Free Church College, Glasgow, and at Union Theological Seminary, New York, as Washburn Professor of Church History. Moffatt took a leading role in the preparation of the Revised Standard Version (1946) as well as writing numerous books on biblical textual criticism. Moffatt is best remembered, however, for single-handedly translating the Bible. His New Testament was printed in 1913, followed by the Old Testament in 1924. Both translations were revised and reprinted together in 1935 and popularly known as Moffatt's Bible.