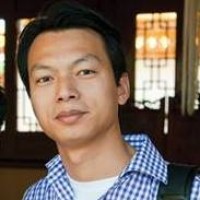 Isaac Liu's father was an enemy of the state. His mother was told to have an abortion. His teachers mocked him. He first met his father when he was four years old. He and his family lived for years on the run. Yet Isaac Liu, son of an underground Chinese pastor known as Brother Yun, survived to develop his own faith and character, and today is serving the Lord from his new home in Germany.