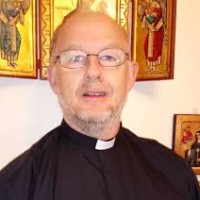 Graham was born in a South Wales mining community in 1965. After leaving school he trained as a Horticulturist and worked for a local authority Parks and Recreation department for ten years. He then entered Chichester Theological College gaining a BTh (Hons) through Southampton University and was ordained Deacon in 1994 and Priest in 1995. On returning to Wales Graham served in parishes in Cardiff before taking up an appointment in 1998 as a mental health chaplain at Sussex Partnership NHS Foundation Trust. In 2004 Graham was awarded an MA in Theology from Chichester University. He lives with his wife Jackie and has a son Alex.