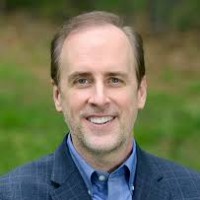 Charles Marshall began his career onstage as a singer/songwriter. When his singing voice gave out, he turned to stand-up comedy and was much more successful. He is now a nationally syndicated Christian humor columnist and has contributed to Focus on the Family magazine. He is the author of Shattering the Glass Slipper: Destroying Fairy Tale Thinking Before It Destroys You and has filmed two stand-up comedy videos, I'm Just Sayin' and Fully Animated.