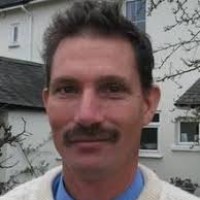 Ben Freeth is a British-born Zimbabwean farmer who successfully sued Mugabe in an international court in 2008. Since winning the suit he has been harassed and his farm burnt to the ground. His family's story was made into the most-viewed documentary of the past year, which has won several international awards.