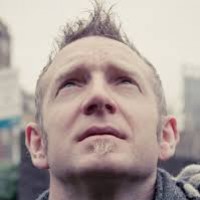 Andy Flannagan is one of the directors of Christians in Politics and the director of Christians on the Left. Andy longs to see a just rewiring of the global economic system. He and his wife, Jenny, moved to a council estate in the center of London five years ago and are actively building friendships and community there. Andy is also a writer and singer-songwriter. His books include God 360 Degrees and Distinctive Worship, and he has released a number of creative and critically acclaimed albums.