Why Teams?
Jesus built a team. In his three-year ministry on earth, he invested heavily in the twelve apostles. He chose them carefully and spent his days living with them as he trained them. He sent them out to minister in pairs. He taught them to work in groups. He knew when he founded his church that we are more productive together and that we need each other. He modeled team building, and that’s reason enough for us to build them too. But we have observed that many women resist teams.

Do You Resist Teams?
Let’s find out! Do you agree or disagree with these statements? Be honest!

• If I want something done right, I’d better do it myself.
• I’ll have to set up meetings, and they are a waste of time.
• Most won’t follow through, and I’ll have to do it all myself anyway.
• Teams ultimately mean conflict, and I hate conflict.
• It takes more time to recruit a team than to do it all myself.
• I’ve had bad experiences with teams in the past.
• Teams are more trouble than they are worth.
• I don’t want to be accountable for other people’s mistakes.
• Why risk a team effort when I know I can meet the standards of excellence expected?
• I don’t want to share the credit.

If you agreed with any of these statements, you may resist the team concept. We agree that, initially, building teams might take extra time. But if you refuse to invest in them, you’ll pay a price.

What’s the Price?
When I observed a board member who wouldn’t delegate, I started looking for a replacement. I did not have to ask her to leave. Inevitably, she’d burn out. Laura expertly organized our women’s dinners. She transformed the room into a showplace reflecting the theme of the dinner. It became a Hawaiian beach or a garden gazebo. The women knew it was the best ten dollars they would spend all year. But Laura refused to take the time up front to organize committees and call women who were eager to help.

As a result, she spent the last week alone, hanging decorations from the ceiling and haggling with the caterer. Exhausted, she bailed out of her two-year commitment. Her replacement immediately implemented teams to help. The dinners ran with the efficiency of a German train, and the coordinator enjoyed the experience.

I grieved for Laura. God had given her extraordinary abilities to minister through these events. But her refusal to share the load took her down. You can carry the ministry by yourself for a while, but inevitably you’ll burn out.

Refusing to work with others is often a sign that you fear losing control. Women’s ministry is messy. It has been compared to herding cats. You may fear the conflict that might erupt when women work together. Maybe you’ve had a negative experience in the past that colors your perspective. Maybe you think you can do it better yourself. If your only concern is decorating the stage or providing a delicious dinner, you may pull it off. But that does not transform women’s lives. To transform women requires multiple arms, hearts, and minds—and it’s a lot more fun.

If teams scare you because you don’t know how to build one, you can find our practical team-building principles in our book Organic Ministry to Women. 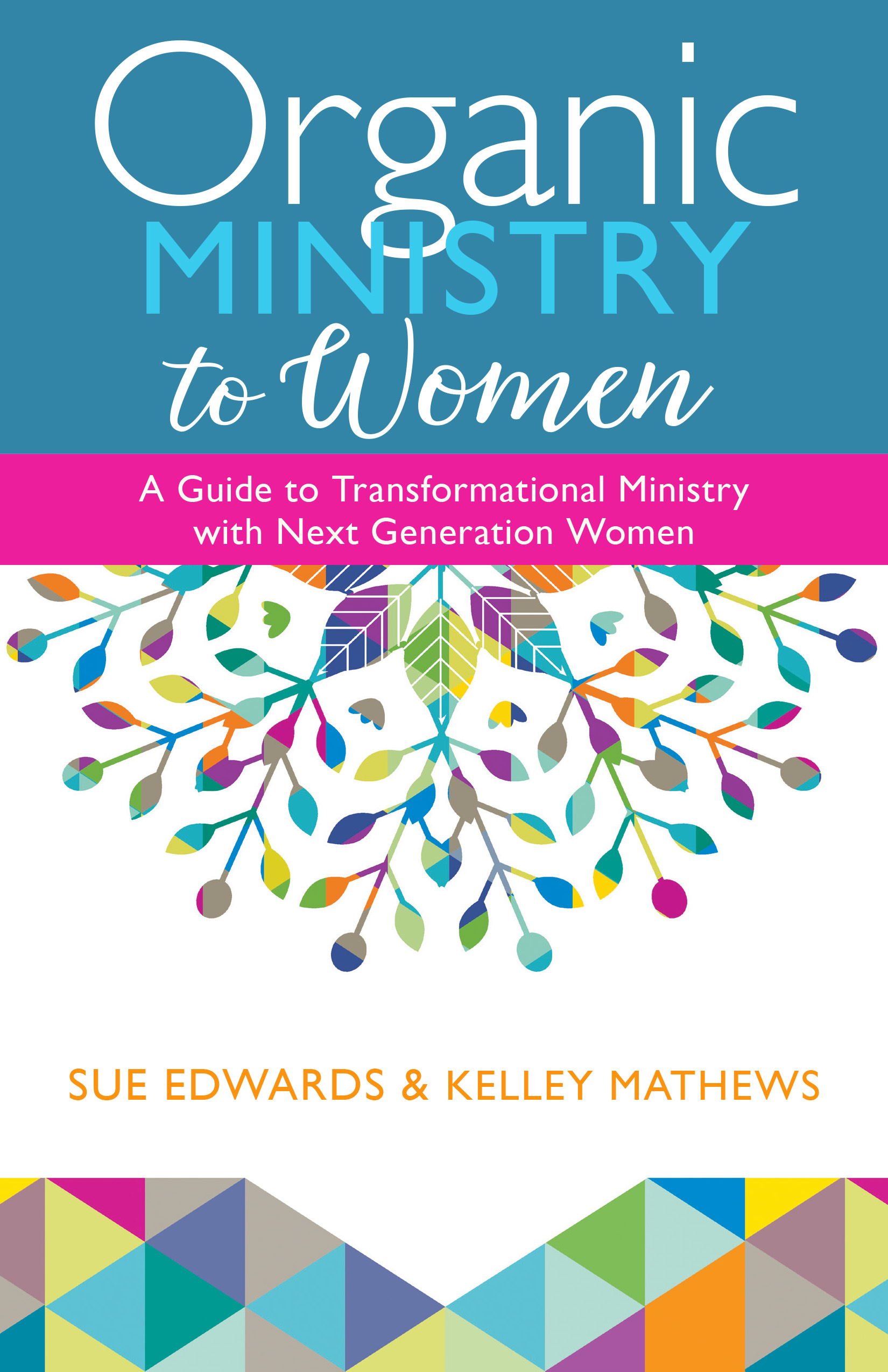 Organic Ministry to Women
Sue Edwards & Kelley Mathews
With Millennial and Generation Z women coming of age in our churches and society, new approaches to women's ministry are required to meet their distinct needs. Drawing on decades of experience ministering to women, authors Sue Edwards and Kelley Mathews explain how their Transformation Model can energize women's ministry for all generations and in multiple settings. Individual chapters are devoted to applying the Model, which is centered on Scripture and building relationships, to ministry in the local church, the college campus, and cross-culturally in missions.