It's Not Enough to Have Your Sins Forgiven: Why the Imputation of Christ Is Essential
July 16, 2018

When the reformer Martin Luther was first confronted by Paul’s phrase “the righteousness of God” in Romans 3, he was overwhelmed and lost all hope. He knew he couldn’t match up to the perfect standard of God’s righteousness. Such righteousness, he thought, would be revealed as God’s wrath against all human ungodliness.

However, Luther’s understanding of the gospel completely shifted when he realized Paul didn’t mean God’s punitive justice, whereby He punishes the ungodly. Instead, Paul refers to the righteousness from God, that is the righteous status God graciously and freely gives to condemned sinners who receive Him by faith. And this righteousness, Luther realized, is an alien righteousness. It’s not a righteousness from within the sinner, but rather the perfect, stainless righteousness of Jesus Christ imputed to the sinner’s account upon faith.

Luther’s heavy conscience was relieved. It wasn’t his good works—which could never earn him a righteousness good enough to stand before a perfectly holy God—but the righteousness of Christ—which comes through faith alone—that gave him a right standing before God.

Let’s take a moment to reflect on Luther’s discovery. If the forgiveness of sins is all there is to the doctrine of justification, then we have a significant problem. As essential as it is to have our sins forgiven, if we only have our sins removed, we still stand before God empty without a positive righteousness that gives us favor with God.

Think of it this way: the forgiveness of our sins leaves us in an awkward state of neutrality, emptiness, and nakedness. Yes, we aren’t guilty before God, but we aren’t yet righteous before God either. Our debt has been canceled, but no funds have been transferred to fill our account. Our dirty robe has been removed, but no clean robe covers our nakedness, presenting us as holy before God.

So what should we conclude? Justification is not only the non-imputation of sin but the imputation of righteousness. It’s not enough merely to have our sins forgiven; we need the positive merit of Christ reckoned to our account if we are to be declared just before a holy God.  By living a perfect life and by dying an atoning death, Christ merited perfect righteousness, and He credits this righteousness to all those who place their faith in God’s Son (Rom. 4:6; Gen. 15:6). As Paul says in 2 Corinthians 5:21, “For our sake he made him to be sin who knew no sin, so that in him we might become the righteousness of God” (ESV9).

As John Calvin observes, not only does justification “consists in the remission of sins” but also in “the imputation of Christ’s righteousness.” A “great exchange” has taken place: Christ has taken our guilt and condemnation on the cross, and in exchange we have received His impeccable righteousness.

Few doctrines bring greater comfort to lost sinners. Imputation is the Christian’s only hope for right standing in the heavenly courtroom before the divine Judge. Clothed in the righteousness of Christ our Savior, we have every assurance that we are no longer enemies of God but declared just in His sight. Only the righteousness of Christ can give us the peace with God that Luther discovered. 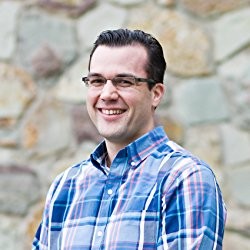 Matthew Barrett
Matthew Barrett is the author of the new Kregel book 40 Questions About Salvation. Barrett is associate professor of Christian Theology at Midwestern Baptist Theological Seminary as well as the founder and executive editor of Credo Magazine. He is the host of the new Credo Podcast, where he is joined by fellow theologians to talk about the most pressing theological issues today.